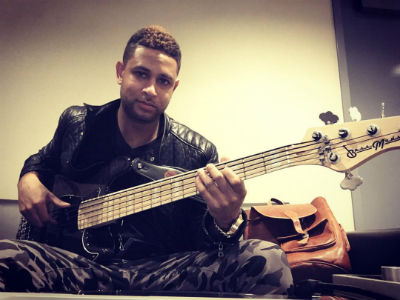 “Proper preparation prevents poor performance” is what rings through William Birckhead’s head before every performance, wise words he always remembered from his band director. Like most musicians, Will always had a love for music, but was initially a trumpet player, playing in Jazz, marching, and concert bands through out high school (Milford Mill Academy) and college (Morgan State University). Will found a new love in the bass guitar through the introduction of a fellow classmate, Mario Turner. Originally from Baltimore, Maryland, Will decided to take his hopes and dreams, a couple of dollars, and head over to Los Angles in 2002 with fellow band mates to pursue a career as a professional bassist.

The beginning was a rough start. Hollywood was not all it promised to be and Will learned quickly you had to hustle hard in this business or you will get overlooked and spat out. He played at local clubs and churches, while developing a skill. He learned during this time to “play the song” as the artist intended for it to be heard. That’s the fundamental that would separate him from most bass players and cause him to find his place in the industry.

After years of hustling, dedication, and never giving up, Will was able to play for the likes of Jennifer Lopez, Kelly Rowland, Hanson, Luke James, Matt Redman, Booker T Jones, Teedra Moses, Leela James, and many more you probably know.  Will still plays in Church at some of the largest ministries in the Southern California (Free Chapel Orange County & Abundant Living Family Church in Rancho Cucamonga).

He’s also been on just about every Late night TV show including:

The Tonight Show with Jay Leno (4)

Dancing with the Stars (2)

So You Think You Can Dance

Just to Name a Few……

He is now currently Jennifer Lopez’s bass player at her Las Vegas residency at the Planet Hollywood.

And he’s only getting started!