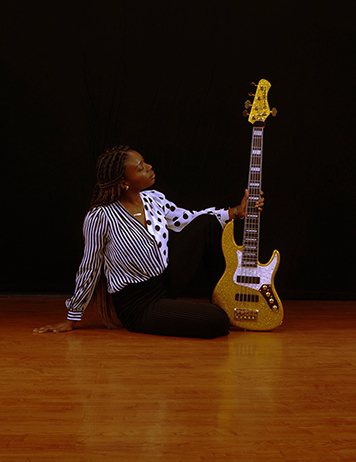 Porcia Angelina Rogers developed her love for music at a very young age. She began her music adventure at the age of 15 playing at church with her family.
In 2018, Porcia toured and recorded with the Latin Grammy award-winning artist Concha Buika. She contributed her skills on bass for Concha Buika’s single Vete que te quiero. Porcia performed on many well known stages: SF Jazz, Summer Stage NYC, Newport Jazz Festival and the list goes on.

Despite her young age she has played in concerts not only in the United States, but also in Poland, Portugal, Spain, Germany, France, Mexico, Canada, and Africa.
Porcia believes you should always keep God first and never stop chasing your dreams. No matter what people say, always be yourself because that’s when you are at your best.
Top Sellers
1