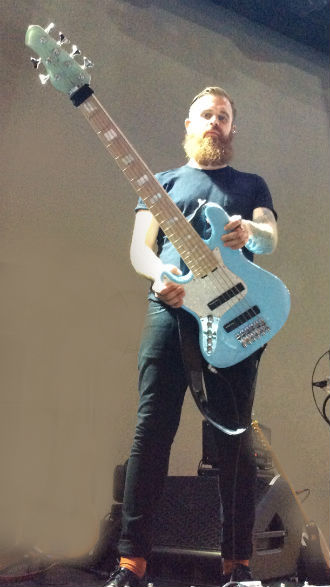 Brendan originally started out playing guitar and drums but quickly switched to bass at the age 12. Brendan says “I always think of myself as a drummer when playing bass, Some of the grooves and fills that drummers use fascinate me and I always incorporate them into my bass playing”

In 2006, Brendan started his touring career playing bass with Yndi Halda, which allowed him to experience touring around the world. Brendan always wanted to be a session musician and decided to move to London.

He landed his first professional gig playing for Dappy. And after that played for various artists including Devlin, Ed Sheeran, Labrinth, Wretch 32 and Naughty Boy. Brendan is currently touring with Sam Smith.